Industrial Uses of Drones, due to the high cost of instruments and sensors and technical limitations, drones were relatively limited until recently. Largely thanks to the great advancements in cellphones – and the adoption thereof by the masses – the cost of GPS’s, magnetometers, accelerometers, gyroscopes and smaller, smarter and better cameras, have been driven down considerably.

Now seen as one of the biggest and most revolutionary developments of the century, drones have managed to disrupt numerous segments of the global economic sphere.
The applications are seemingly endless, with many benefits still being explored, ranging in applications from filmmaking to farming to industrial uses, drones have managed to make a major impact on commercial, personal goods, military and the surveying services sectors.

From rapid surveillance deployment to scanning an unreachable and/or dangerous area of interest, drones are proving to be extremely beneficial in places where man cannot reach or is unable to perform in a timely and efficient manner.
Increasing work efficiency and productivity, saving the client money and decreasing risk to its employees, improving accuracy, refining service and customer relations, and reducing turnaround times are a few of the top uses drones offer industries around the world.

Drones are enabling companies to do what could never be done before.

1 Industrial Uses of Drones: What is drone surveying?

Drone surveying consists of various aspects and a combination of technologies.

Photogrammetry is a proven technology and dates back to the mid-19th century and is as old as modern photography. It’s the science of making measurements from photographs, especially for recovering the exact positions of surface points. The simplest example is the distance between two points that lie on the same plane parallel to the photograph. The distance can be determined measured by normal methods if the scale of the image is known. This same principle is expanded to 2D and 3D by using multiple overlapping photos and combining the data with the flight log of the drone to include data such as GPS, height, roll and pitch. Factor in basic trigonometry and you are left with an accurate 3D model of the desired area.

Surveying drones are typically pre-programmed to survey the desired area. The flight plan is uploaded to the drone, once launched the drone drones executes the flight plan by means of various sensors and constantly autocorrects to stay on course. Once the mission is complete, it returns to a predetermined area for landing. Live telemetry ranges can be anything from 2km to 65km depending on the technology implemented, however, the pre-programmed mission can be executed indefinitely after initial upload and launch. This means the UAV will execute the mission, depending completely on its onboard sensors and electronics – completely autonomous! 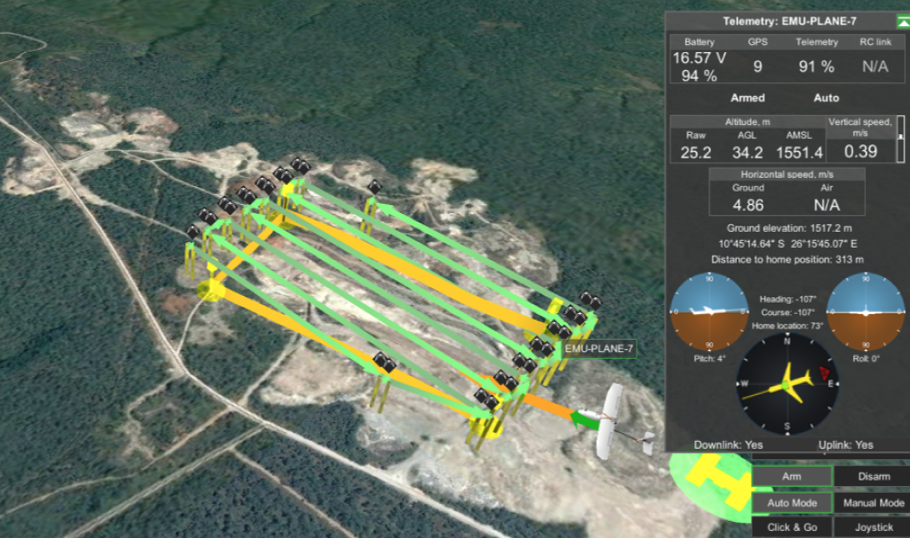 Accuracy of less than 10cm can easily be achieved in areas free of vegetation with the help of strategically place photo control or ground control points that are surveyed in before the flight and marked so that it can be captured on the photos before processing. This ensures that the point cloud obtained from the photos does not distort over large areas and maintains a high level of accuracy. One can think of the point cloud as a net and the ground control points are fixed anchors with known values holding the net in position.

2 Industrial Uses of Drones: Applications in the mining sector

Mining is one of the great adaptors of drone technology and it’s transforming the way rock stockpiles, waste dumps, tailings dams and open-pit volumes are measured. Rather than conducting surveys by having humans walk around stockpiles with a GPS, drones are now used to fly over the area, taking a multitude of photographs that are then stitched together with photogrammetry techniques in the cloud to form a 3D model of the site. 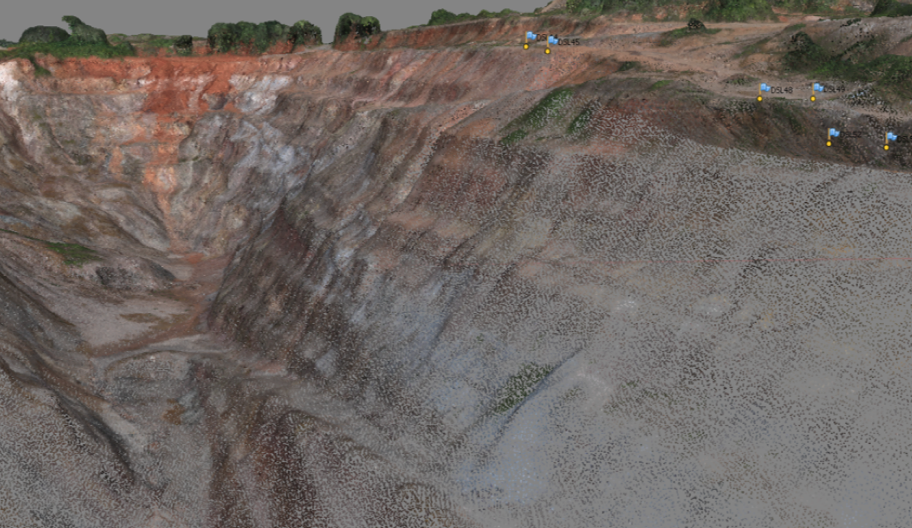 From the point cloud data above a wireframe and mesh is created, which enables accurate volume, cut and fill type calculations. 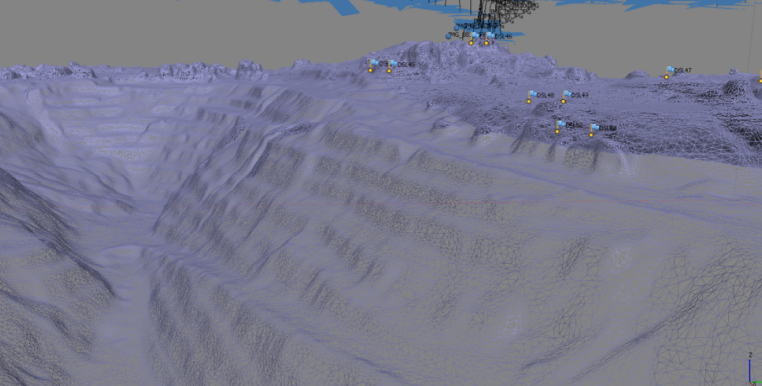 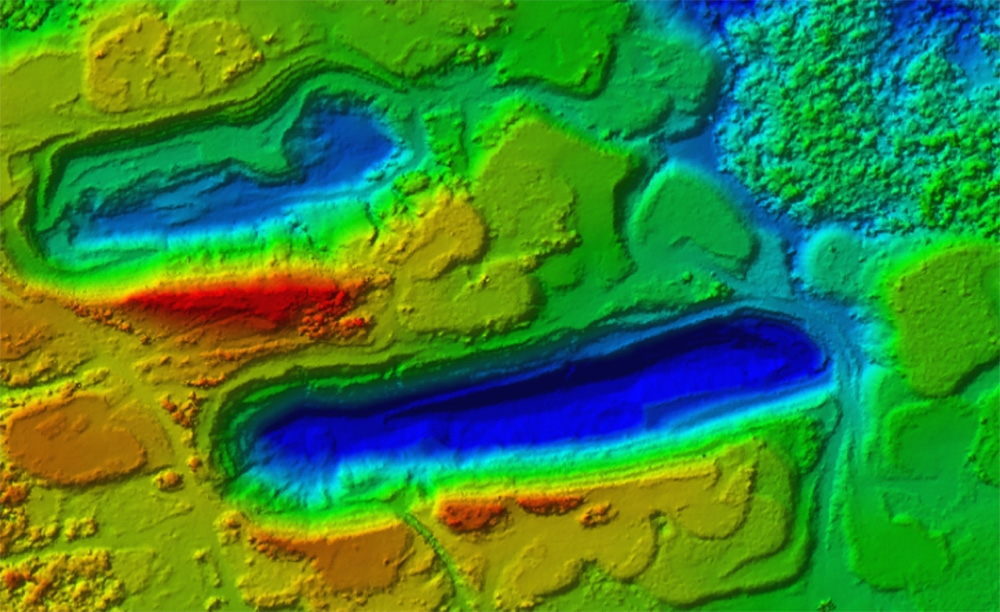 Figure 5 TIN is a Geographical Information System (GIS) used to represent a surface, shown here with a colour ramp

The photos obtained can be combined in what is called an orthophoto, or ortho-mosaic. This is essentially a large high-resolution photo of the desired area which is georeferenced and can be overplayed onto google earth. This is useful for visual interpretation or can serve as a base map for mapping. 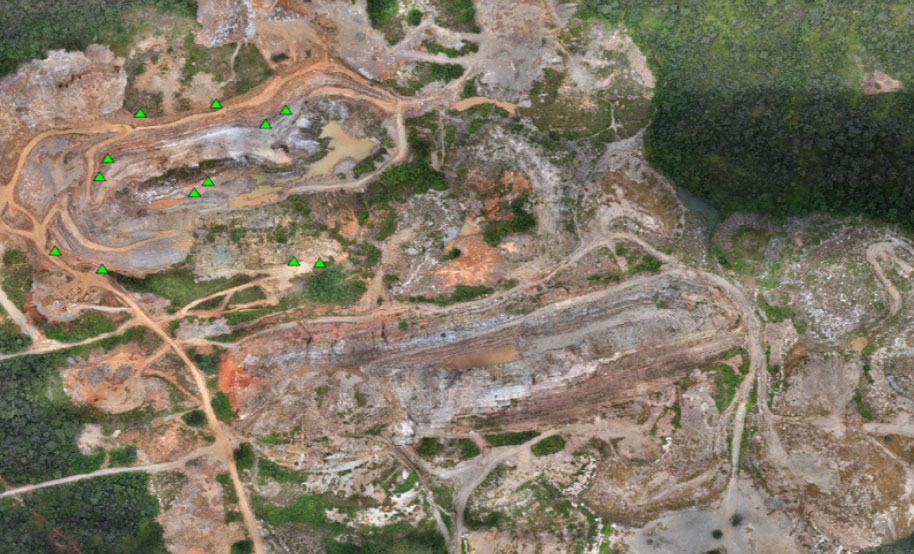 A high level of detail can be obtained from the data that aids in road condition assessments, planning and monitoring of erosion. 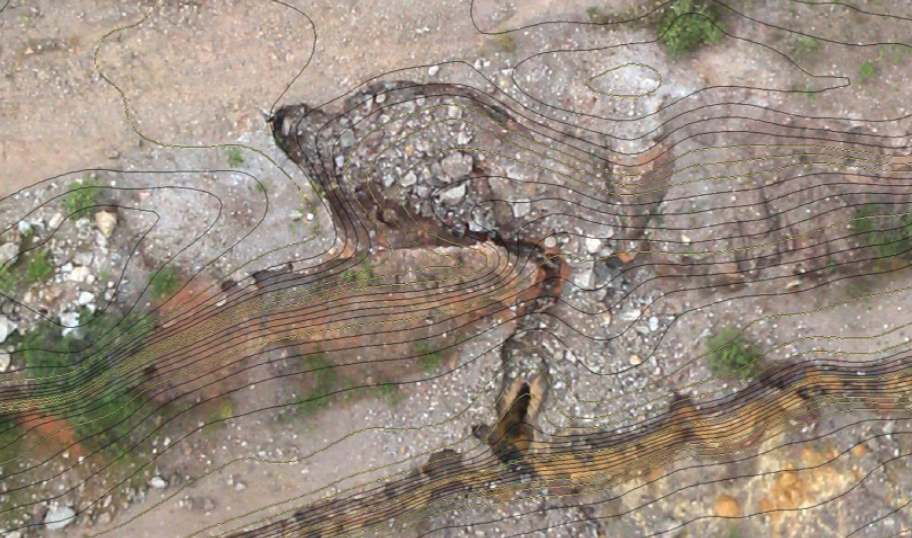 The 3D model makes it easy to calculate volumes of any shape or size. Any survey data that was taken before, can be incorporated into the model, for example, a base for the stockpile. 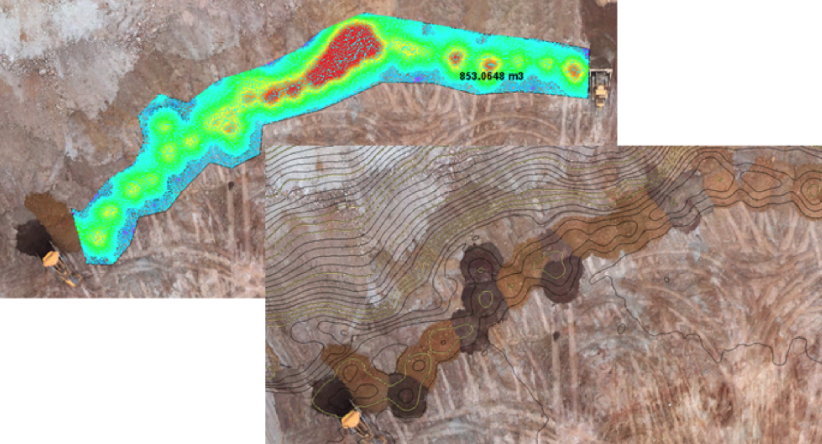 Figure 8 Digitizing a base and calculating volumes

3 Industrial Uses of Drones in the oil and gas industry

The two major factors associated with running a successful oil and gas operators are cost and safety. With the introduction of aerial drones in this area, modern technology has provided a solution to these concerns.

The oil and gas industry can present rugged and challenging environments to work in. Often locating, detecting and surveying often prove to be cost-prohibitive and inefficient because of shutdowns and with safety being the utmost priority for oil and gas ventures.

A conventional survey will be done on perhaps a 10m x 10m grid, whereas the drone data produces a grid of 100s of points per square meter. In addition, this data is captured in a fraction of the time when compared to traditional surveys. Typically, 20-30min of flight time equates to roughly weeks forth of traditional methods. One can easily survey 1000ha per day using a single drone.

Offshore oil rigs and platforms can easily be surveyed and inspected safely with drone technology without the need to stop production.

Or in the case of corridor surveys, great distances of up to 65km can be covered in one flight of around one hour. This is particularly useful for road surveys, pipeline inspections, power line inspections and many more.

Surveys of dangerous and/or compromised areas can easily and safely be surveyed with drones without stopping production. 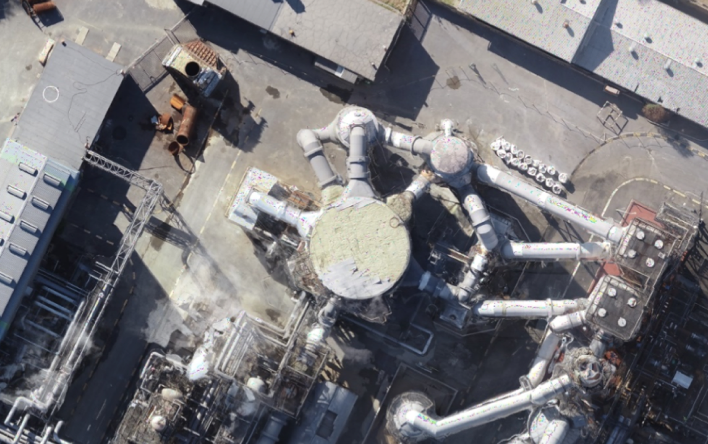 Figure 9: Hi-resolution orthophoto of the plant area for planning

Orthophotos are a great way of progress monitoring and reporting. 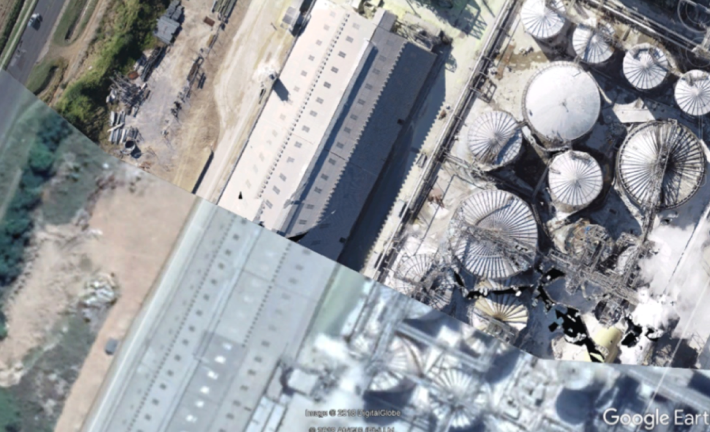 Quality data can now rapidly be obtained that were previously too expensive and time-consuming to do. This gives valuable insight into operations and the monitoring thereof.

Archiving is also an added benefit. Ranging from productivity comparisons, tonnages moved or for environmental impact studies and rehabilitation. Drone data provides valuable “snapshots in time” for all these applications.