Hydrostatic or hydro testing is the most common type of leak testing for pipe systems, gas cylinders, boilers, fuel tanks, etc. Hydrostatic testing can be carried out in several different methods. All approaches require draining the contents and flooding them with water to generate a static pressure at or above the system’s normal operating pressure. The equipment is checked for visible and/or measurable leaks and deformation. Certain hydrostatic testing services increase the accuracy of visual assessment during this operation by adding fluorescence or traceable dyes to the water in the system. This procedure allows experts to detect a variety of problems. Existing material seam defects, linear anomalies, stress corrosion cracking, active corroding cells, and poor welding are the most common. Hydrostatic testing entails the advantage of providing a degree of confidence in the system’s integrity because it nearly usually entails pressurising the line or vessel over normal operating pressure. Pipes and other equipment should be inspected before the hydrostatic testing, if feasible, to decrease the chance of testing failure.

According to federal regulatory requirements, hydrostatic testing is a well-planned and regulated process that allows you to validate a threshold measurement for safe operations. A hydrostatic test is conducted on all new pipeline construction before it is put into service. It can also be done on existing pipelines to ensure pipeline integrity and shipping capacity.

As part of routine operations, water coloured with a water-soluble, biodegradable green dye is injected into the pipe between batches of oil being carried. Urethane cylinders separate and seal the water and oil, after which the batch is transported through the line until it reaches the designated pipe section for testing.

The pressure on the tested section is then increased to achieve and maintain the required test levels and duration. If water leaks during the test, the source is discovered, and the damaged part is fixed and retested. Water may spray into the air or pool on the ground if there is a water release during the test.

The section of pipeline under pressure is patrolled by aircraft and on foot during the testing procedure. Computer data programs are used to keep track of pressures.

The water is then carried down the pipeline to a plant, generally stored in a tank at one of our terminals. According to municipal, state, and federal rules and/or environmental permits, the water is cleaned, processed, and disposed of.

Internal pipeline inspections with “smart pigs” give more information about the pipeline’s condition while eliminating lingering water and other possible pollutants.

Any exposed pipe accessible during the test is backfilled, and the property is returned to its original condition.

At public access locations along the testing area, signs are erected to keep people at least 100 feet away from the pipe during the test.

If a pipe breaks during the test, the pressured testing water may spray into the air for a brief while before pooling on the ground. Don’t get too close to the release. [2]

A water jacket test is commonly used when checking smaller pressure pipes. Before placing the device in a container filled with water, where changes in vessel capacity are monitored, a standardised tube frequently monitors water levels, the naked look at the device to detect faults. Then, the instrument is inflating, generally for 30 seconds or more, for a fixed period, and expansion is determined by the measuring volume of fluid forced into the measuring tube. It can be measured by assessing volume in the measuring tube before pressurisation. A leak will offer a comparable set property. Still, it may be found if the volume in the pressure vessel instrument is kept constant by clamping the intake valve for a certain amount of time before depressurisation, as this pressure will constantly drop if a leak occurs. A permanent set exceeding the stated limit in most situations implies failure. A leak can also indicate failure; however, the leak may be caused by insufficient sealing on the test equipment. If the instrument fails, it will typically be subjected to a condemnation procedure, in which the instrument will be designated as hazardous. [3]

On the cylinder is printed all of the information needed to define the exam. The design specification, unique identification, manufacturer, and manufacturing date are all included. After successful testing, the date and the test facility’s distinctive mark are generally imprinted on the vessel or its nameplate. A basic test, sometimes called a hydrostatic test, is that the vessel is pressurised by water-filled and leakage physically checked outside. It can be done by anybody using a water tube. This test is suitable for containers not pressurised but which have to function under hydrostatic pressure, such as gasoline tanks. The height above the tank top is usually stated for a hydrostatic test head. Use a temporary tank to fill it with water to the right height if necessary. The tank is pressured. Vents and other outlets may need to be sealed during the test. 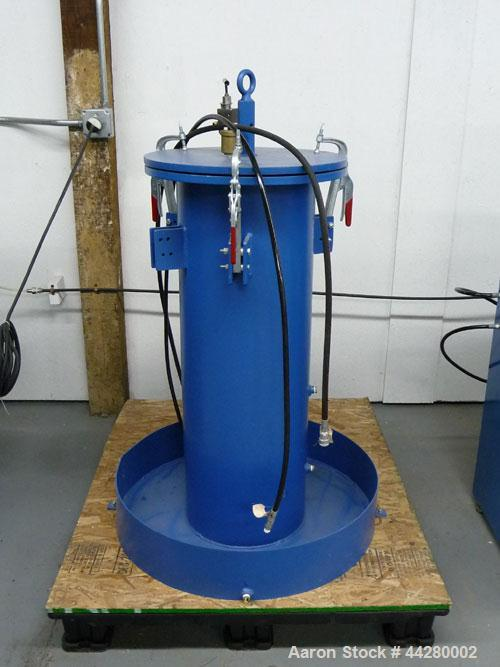 Proof-Pressure testing is a procedure for inspecting the integrity of the pressure shells on new equipment and older pressure equipment and pipes that have been repaired. It is a non-destructive test.

Proof-pressure testing is required for most pipelines to guarantee that a new, modified, or refurbished pipeline can safely carry its rated load while remaining leak-free. Pipes may be required by legal and regulatory authorities, insurance carriers, or the contract terms for the system’s development. Whether or whether proof-pressure testing is legally needed, it serves the important function of safeguarding employees and the general public.

A Proof-Pressure Test determines if a component can tolerate pressures greater than its designated operating pressure without sustaining irreversible damage. It is a stress test used to demonstrate an Expandable Joint’s fitness under test pressure circumstances.

The proof-pressure test must always be conducted under controlled conditions, with suitable safety measures and equipment, and in such a way that the personnel in charge of the test may check all pressurised sections thoroughly. Test of Proof-Pressure determines if an Expansion Joint can tolerate pressures greater than its intended operating pressure without sustaining irreversible damage. Unless the hydrostatic pressure test is hazardous or impracticable, it is advised. [4]

The pressure recession hydrostatic testing method, like the proof pressure method, does not produce a useful measurement of permanent or under-pressure expansion. When a pipe or system is pressurised with water, the pressure source is shut off immediately, and personnel monitors the internal pressure of the pipe while the pressure is applied. This procedure, when combined with a visual examination of the pressured system, aids in the detection of vessel wall thinning and/or deformation.

Pressurised vessels’ strength and leakage strength such as pipelines, gas cylinders, fuel tanks, and boilers can be measured using a direct expansion test. The test is to fill the pipe system with a liquid. Generally, water, coloured, and pressure are detected for visible leak detection.

It is the test to complete the pipe system with a liquid, typically water, which might be coloured to aid in the discovery of apparent leaks. The test includes the supply of a liquid, generally water, to the system of the vessel or pipe, which can be burnt to aid identify visible leakage and pressurise it at the correct test pressure.

Large containers, such as gas storage tanks, are tested using the direct expansion test method. The amount of water flowing into a cylinder under pressure is measured in this sort of test. When the pressure is released, the amount of water in the expansion measuring device is measured. To get a correct volumetric expansion, the compressibility of water and the cylinder volume under test must be considered.

Large containers, such as gas storage tanks, are tested using the direct expansion test method. The amount of water flowing into a cylinder under pressure is measured in this sort of test. When the pressure is released, the amount of water in the expansion measuring device is measured. To get a correct volumetric expansion, the compressibility of water and the cylinder volume under test must be considered. [5]

Hydrostatic testing utilises pressure decay to measure the integrity of pressure containment vessels such as fabricated pipes, BOP stacks, tanks, well-head, pipelines, reactors, and much more across various industries. A traditional hydrostatic test uses water as the test medium and four main pieces of equipment: a dual-pen chart recorder, deadweight tester, pressure pump, and a pressure gauge. The test requires the operator to record the ambient temperature of the test environment alongside the unit’s pressure under test for a specific period (typically 8 hours) to document any notable pressure leakage not related to temperature fluctuations. In short, the test is designed to find leaks that could compromise the integrity of the vessel while in service. These tests are often performed before the unit goes into service and periodically after the unit is installed (as seen with buried pipelines). Industrial applications include fire suppression systems, newly installed or modified fluid piping systems, leads, tanks, reactors, heat exchangers, air compressors, and distribution systems.

Digital hydrostatic testing is designed to accomplish the same integrity tests performed with the traditional mechanical setups; however, they require less test equipment to achieve the same result. In a digital hydrostatic test, the operator utilises a digital pressure gauge outfitted with the capabilities to read and record ambient temperature, RTD temperature, and pressure simultaneously. The gauge is placed directly onto the pipe of the system under test or connected with pressure hoses from a safe distance. The operator places the RTDs in their appropriate locations, puts the gauge in log mode, and the test begins. Once the test is completed, the recorded test session is uploaded via custom software to a PC or Tablet for results and reporting. The benefit of a digital hydrostatic test is eliminating the need for large, heavy mechanical equipment. The gauge is twice as accurate as the traditional deadweight tester, which replaces the need to lug it around. The custom software generates a printable pressure/temperature graph showing the test trend, min/max, duration, etc., thus replacing the need for a paper chart. Because the gauge is digital, you can watch the pressure display in real-time with much more precision. Digital reporting also eliminates the possibility that the paper chart gets damaged or lost as all of the raw test data is stored directly in your gauge. Digital hydrostatic test gauges can be used in both hydraulic and pneumatic testing applications. [6]

The employment of technologically sophisticated tools is required for in-line inspection. A smart pig is one such gadget installed within a pipeline and can travel the whole length of the pipeline. The pig can do contact tests, inspections, and sample collection from inside the pipeline body after installation. It’s also used to keep track of information like wall thickness and dents as it travels down the pipeline. Smart pigs and other in-line inspection devices are critical because they allow the pipeline to remain operational during inspections, avoiding a shutdown or stoppage of product production. [7] 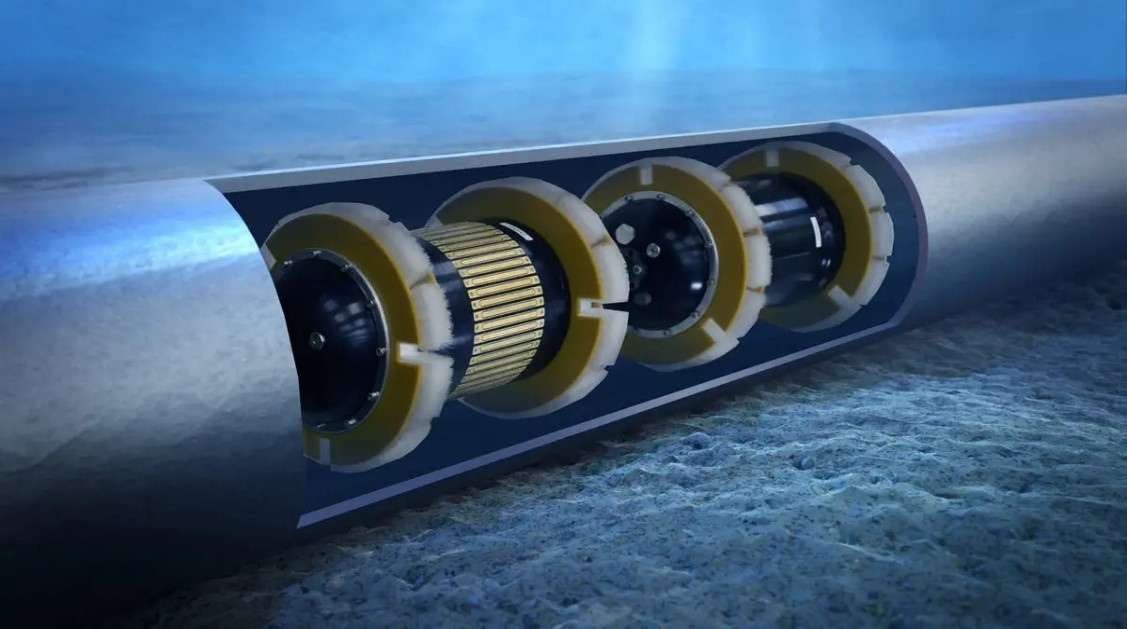